Like most other industries, the manufacturing industry has seen traditional marketing begin to give way to digital marketing in recent years. Social media is playing a bigger and bigger role in these efforts. One problem that arises, however, is that presenting proof of the value of a social media campaign within a B2B company can be a daunting task.

So what’s the moral of the story? Not having a presence is almost like not existing at all. Even if you don’t start with many followers, having content on social media pages is important to show your presence.  Get that content out there.  Then begin targeting your audience.  Investing a little money in targeted ads on your social media platforms can be a cost-effective way to reach your target market.

Of course, if you aren’t producing the highest quality, most highly engaging material, any of these efforts are bound to fail.  As guest blogger Jason McClain says, businesses can’t just talk about themselves. No one wants to see the same products advertised on their news feeds over and over again. Content should be sharable and engaging.

A company’s social media pages should be used as a way to build relationships and forge personal connections with followers, rather than advertise products. No ones cares about your promotions.  What they really want to know is whether or not the company that they are about to purchase parts from to use in production of their new line is knowledgeable, experienced, and can offer them what they need.  Let them know all this before your sales team even picks up the phone.

It’s understandable that showing ROI from a social media campaign can prove a bit frustrating at times.  The important thing is to keep in mind that, if it’s done right, social media can be extremely valuable in generating brand awareness, creating new leads, offering up tons of data about your customers or clients, and the list goes on.  It’s important, however, to throw traditional ROI out the window and learn to look at ROI through your social media glasses.

According to studies of social media in the manufacturing industry, two-thirds of the global Internet population are visiting social networks, so just because people aren’t interacting does not mean they aren’t seeing your posts. Often times I have heard someone say things like, “O yea, I saw that on Facebook.“ That doesn’t necessarily mean they clicked “like”, but social media can be the best word of mouth source for a company. They may not have made the effort to click, but there is a good chance, if the content was engaging, that it resonated with them and they made mention to a friend or two.

Don’t get discouraged if you don’t see immediate results. Try new things and find out what works and what doesn’t. Most importantly, listen to your fans, followers, or whatever label you want to apply.  You may find that your social media ROI comes in the form of a new product idea from a fan, a new way to reach your customers more efficiently, or a blog about your latest innovation being shared with a potential client. 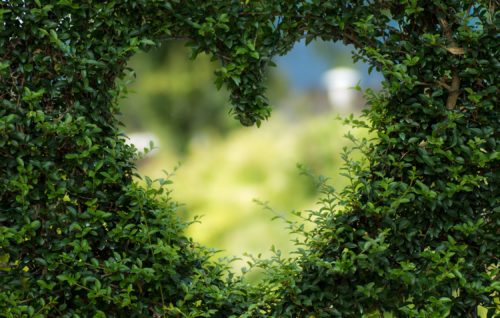 How do Companies Market Sustainability Initiatives?

The Internet is a Visual Place: 5 Tips for Higher Education

EVG understands the importance of supporting our community’s minority-owned small businesses, so we’re inviting business owners and professionals in and around Greenville, SC to participate in a free SEO webinar on October 16th, 2020. Led by EVG SEO Director, Laura Lee, the session will focus on the basic components of search engine optimization and provide guidance on tools small businesses can use to enhance their online visibility. Registration is now open.