5 Ways You Can Use Neuroscience to Increase SaaS Conversions

This is an example of the phenomenon called “anchoring,” which refers to the brain’s tendency to anchor expectations around context, rather than around an absolute sense of value. For retailers, this means that including the original price tag on a discounted item increases sales, because buyers anchor their price expectation on the higher number, and feel that they’re getting a “deal” on the discounted price. For SaaS sellers, it means you want to provide at least one price option above the “ideal” that you want buyers to select.

Anchoring also goes the other way. When presented with multiple options, the brain “hedges bets” by choosing something in the middle rather than at either extreme. Nobody wants to go cheap, so providing a low-cost version increases conversions on mid-range options.

As every great general knows, planning may be crucial to success, but no plan survives contact with the enemy (or with the marketplace). What you learn after you deploy a landing page is every bit as important as your planning process. Create a system for split testing landing pages and pricing models, and iterating them against results. Listen to your market and adapt to continually increase your conversions and profit margins. 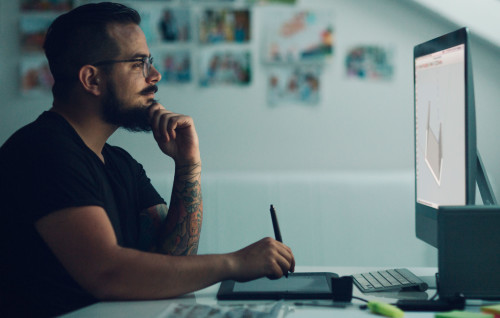 5 Ways to Stifle Creativity in the Workplace

Digital Customer Service and the Demise of the Greeter

Social Media, the Honeymoon is Over